Do you want to join the playtesting team? 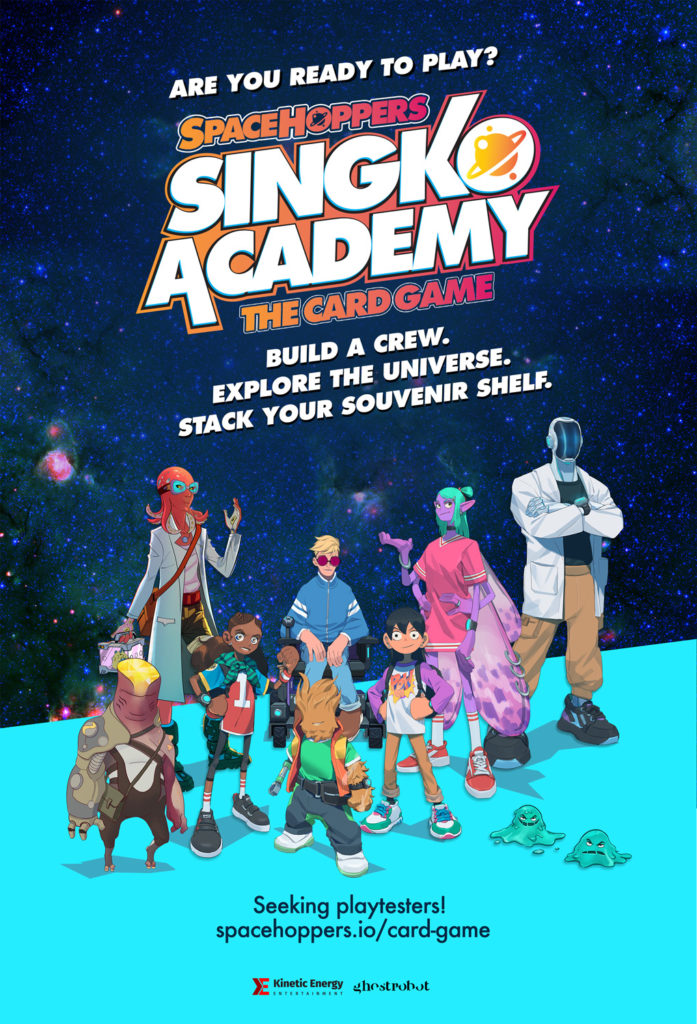 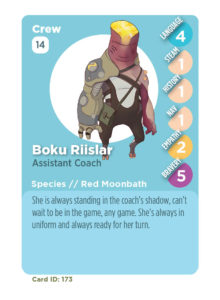 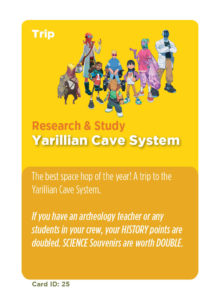 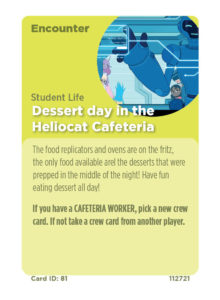 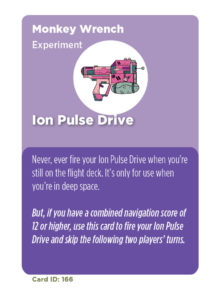 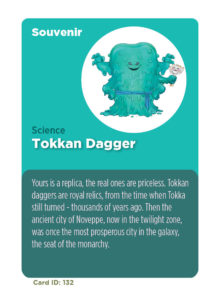 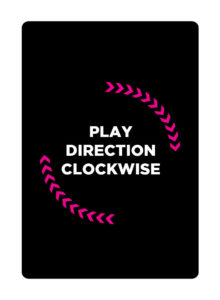 Played before? Try out the Alternate Modes of Play outlined below.

Divide the cards into five piles, Trip cards, Crew Cards, Souvenir Cards, Encounter Cards and Monkey Wrench Cards. Each player picks a different stack of cards to shuffle. Then place the card piles face down in the middle of the play area.

You’re the captain, but you don’t get to pick your crew – they’re assigned to your ship! Deal four Crew Cards to each player, face-up. This is your crew, good luck!

Shuffle the remaining crew cards and put them in a pile face-down in the center of the play area. This is now the Space Port Pile, where the extra crew lives.

Monkey Wrench Cards allow players to directly intervene in other players’ Encounters. These cards allow players to block or take their Souvenirs, stop the other crew’s progress, steal their crew, and generally bring fun and mayhem to the gameplay. You do not have to play a monkey wrench card when you pick it. You can hold onto it and play it during a later turn.

All cards, except the Monkey Wrench, remain face-up on the play area in front of each player. Arrange the Crew Cards in a row. As you collect Souvenir Cards during play, these should be arranged in a line in front of each player, so all the other players can see them clearly. They may get a chance to take one from you!

Trip Cards establish new rules for your crew which could be to your advantage… or not.

Pick 1 Trip Card off the top of the pile and place it face-up in the center. Read the trip description out loud to the players. (After this we won’t be touching the Trip Card pile again in this round of play you can put the other trip cards aside).

The face-up Trip Card now applies to all the Players’ in this round of play. Read it again and determine if it affects the talents and skills of your crew.

The game starts when the first player picks an Encounter Card. Read the card aloud to the other players and follow the instructions on the card.  If any players want to play a Monkey Wrench card, now is the time to do it. If not, discard the Encounter card, and the next player picks their Encounter.

Monkey Wrenches take precedence over encounters, but if they don’t change the encounter the players who drew the encounter still must follow the Encounter Card.

There is no limit to the number of Monkey Wrenches that can be played during a turn, the last Monkey Wrench played takes precedence over the others. If no other players choose to play a Monkey Wrench Card on the play, the turn ends and moves on to the next player to pick from the Encounter Pile.

If a player has picked a Souvenir Card during play, they place it face up in front of them for other players to see and read.

At the end of the turn, any Encounter Card or Monkey Wrench cards that were played are discarded to the bottom of their respective pile. These cards are now out of play.

If any player loses all of their crew cards, they are out of the game. (we are considering other options for this scenario!)

A player wins the game when they have collected Five Souvenir Cards (or 4 if you’re playing with 6 players) and no other player has a Monkey Wrench Card to play that would allow them to take away one of those Souvenirs.

At this point, players can decide whether to start a new game from the beginning, by shuffling crew and continuing with the unused Encounter cards. Or shuffling all the cards and starting over.

There are two choices each for crew and trip cards which allow for different possible modes of play.

Deal 4 crew members face up to each player. That’s your crew!

Just like an awesome game of dodgeball, you pick your own crew. Layout all 30 crew cards face up – something like this.

Then each player picks one Crew Card in turn until each player has four Crew Cards total. This is your crew!! Nice work.

Shuffle the remaining crew cards and put them in a pile face-down in the center of the play area. This is now the Space Port Pile, where the extra crew lives.

Another alternate mode is to use boosted crew cards. In a Pick a Crew round, the final crew card picked by each player becomes a Boosted Crew – which adds +1 to every skill level on that crew card only.

If you are playing with Boosted Crew, the Boosted Crew Card should be separated by moving that card in front of the other crew cards on the play area so all the players know which crew member is boosted. 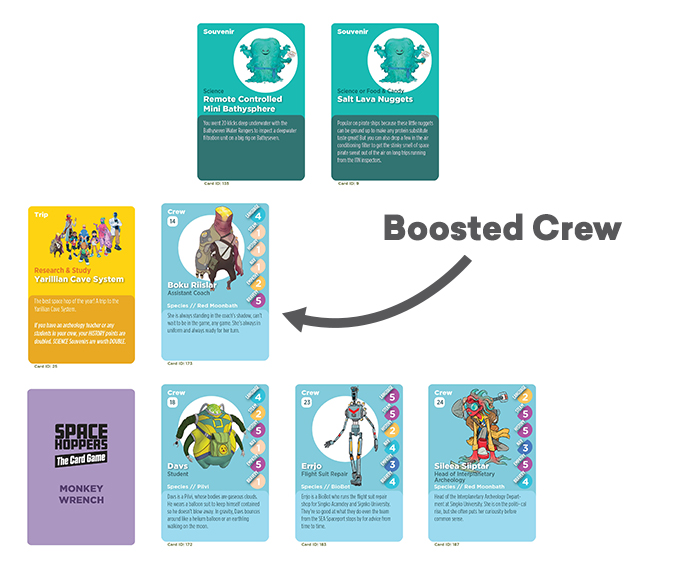 Deal one Trip Card face-up in the middle of the table, this Trip applies to all players.

In the “Multi-Trip” Mode deal one Trip Card face up to each of the players. These individual trip cards only apply to the player who holds them. Read your trip card and understand how it affects the talents and skills of your crew.

Trip Cards establish who your crew is which could be to your advantage… or not.

Do you want to join the playtesting team?